Features of Windows 7 are User-friendly and Utilitarian 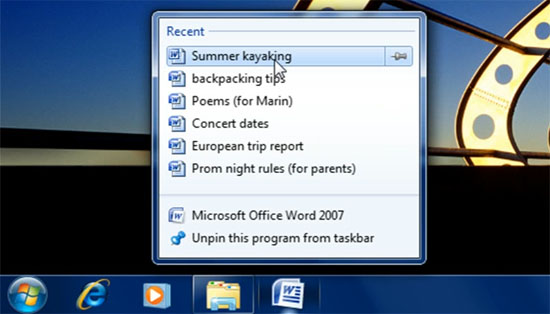 Windows 7 has a great feature named Jump List. This feature allows you to "pin" any program shortcut or link of any website that you frequently make use of on the taskbar itself. Once you have pinned the shortcut, you have one-click access to that website or program right from the taskbar itself. If you decide that you no longer require the link to that program, you can easily unpin the shortcut from taskbar. It's that simple!

Windows Touch to replace your mouse with your finger 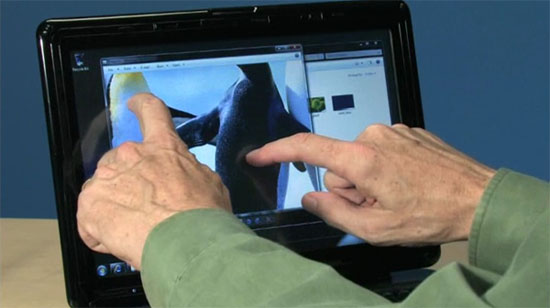 Windows 7 comes with Windows Touch, a feature that is compatible with most touch-screen monitors available. Thus it allows you to perform most of the tasks you would otherwise perform with a pointing device by simply pressing, tapping or moving your finger on the monitor screen. You can even try your hand at some of the simple games using this feature.

"Play To" that can stream your media files to other devices 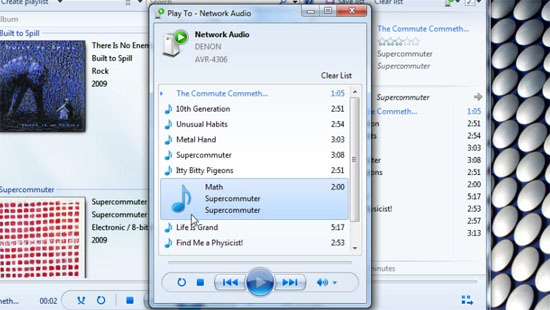 Play To, an all new feature in Windows 7, allows you to stream media files from your PC to other media devices throughout your home. Whether you are on the porch resting after a hard workday or camping with your kids in the backyard, you are never far from your movie collection. Simply start playing the media on your Windows 7 PC, activate "Play To" option, and point to a media device like a laptop, digital television, or music player in your home. 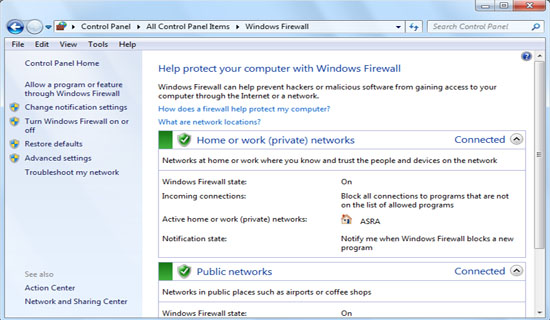 Windows Firewall software bundled with Windows 7. Once you activate it, it becomes readily apparent that the software has gone through huge improvements since the firewall was introduced in Windows XP (Service Pack 2 required). Read more about Windows 7 Firewall 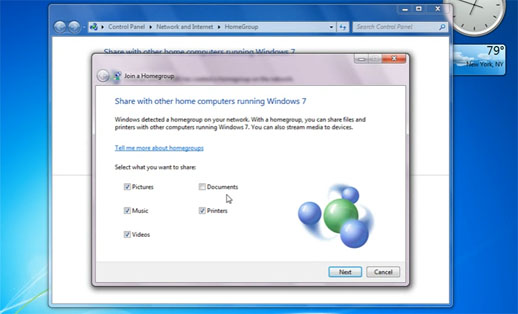 HomeGroup is a new feature in Windows 7, which allows two or more computers running Windows 7 to share files, printers and stream media on a home network without the hassle of managing individual user accounts and permissions. Other people can't change the files that you share, unless you give them permission to do so. Read more about Windows 7 HomeGroup

Windows 7 supports 64-bit processors straight out of the box. This is great for users who have already purchased PCs with 64-bit processors but are unable to find an excellent quality 64-bit operating system to unleash the maximum power of their powerhouse rigs. Read more about Windows 7 64 Bit here... 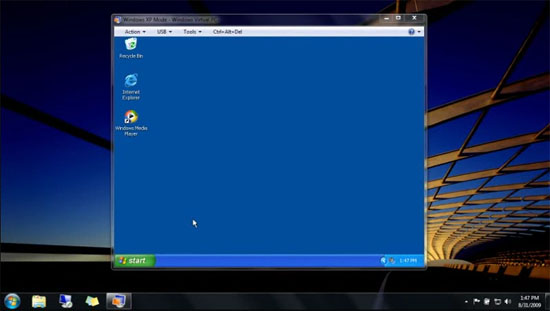 Do you rely on a bunch of productivity software to help you manage your business? Are you worried that these software suites will cease to work if you switch to Windows 7? Well, don't worry. Windows 7 features a radical feature called Windows XP Mode that will allow you to run software developed for Windows XP right from your Windows 7 desktop. Read more about Windows 7 XP Mode

These awesome Windows 7 features, along with many other useful ones, make Windows 7 a must-have operating system for PC users. If you have gotten a new PC, make sure you have Windows 7 installed in it. Your PC will run faster and give you more value for money as well.

Return from Windows 7 Features page to About Windows 7 Homepage

How to Upgrade Vista to Windows 7

How to Upgrade XP to Windows 7

How to Install Windows 7 Step-by-Step

How to Install Win7 from USB Flash Drive

How to Auto Logon in Windows 7

How to do Partitioning in Windows 7

How to Create a Restore Point in Win7

How to view File Details in Windows 7